Not so restless about getting older... 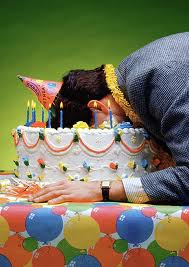 Yes, yes - I know I've been away for far too long.  My apologies to those who've been waiting for the next installment and my thanks to those who have lovingly inquired about my whereabouts.  I'd like to say that I was abducted by aliens or out discovering a rare cure for stupidity but, alas, such is not the case.  I can only offer the lame excuse of having been incredibly busy with work and missionary preparation plans for my son and a rigorous volunteer schedule.  The good news is it provides so much material for us to cover in upcoming blog entries...

So - what to talk about!  Given some of the sullen headlines in recent weeks, I've decided to choose something positive and share some personal takeaways from what I believe is a wonderful story of determination, hope, and the power of a personal dream!

Let me start with a question.  How are you feeling about your age, your current station in life's journey?  It's a question people often reflect upon when approaching a birthday, an anniversary, or a milestone at work.  And too often the responses I hear (or hear about) are negative, depressing or something nearly approaching defeat or surrender.  Why the angst over getting older?  What's behind the need for desperate attempts to turn back the hands of time and revisit an earlier era or a younger age?  Having recently turned 43 last month I have to admit I find myself happier and more fulfilled than at any time in my life.  Granted, the bones creak a little more and the stretching sessions last a bit longer than in days past but those are creaks and aches that have been earned from living well these past four decades.

Might I offer an alternative viewpoint?  Yesterday, Diana Nyad set an amazing record by being the first ever - man or woman - to swim unassisted between Cuba and Florida.  She navigated the 103 miles over some 53 hours, all the while battling exhaustion, nausea, hunger/thirst, the elements, saltwater ingestion illness - all to accomplish a goal she had set years earlier and attempted four previous times without success.  Impressed yet?  How about when you consider the fact that she achieved this amazing feat at the tender age of 64?

If you've not had the opportunity I encourage you to visit some of the press releases about her journey and her comments shortly after exiting the water.  Interestingly, her first quote upon reaching shore and falling into the arms of one of her support staff becomes the thrust of my message in this entry.  She exhaustedly quipped, "I've got three messages.  One is we should never, ever give up.  Two is you never are too old to chase your dreams.  Three is it looks like a solitary sport, but it's a team."  How apropos that the three points she shares upon completing her impossible task also serve as a formula to live life to the fullest, regardless of your age.  Let's dive in!

Never ever give up

I think the important point to remember is there's no such thing as "too far gone" or "beyond hope".  Anyone with a desire can change their physical well-being, their career aspirations, their educational pursuits, their life plan.  I hear stories of this all the time, like the fifty-something father who decides to lose 150 lbs. to ensure he's there for his wife and children.  Or the forty-something empty nester who decides to return to college to compete a law degree and start a new career as an attorney.  Our lives are filled with examples of real people - mortal, imperfect, flawed, human - who make the decision that it isn't over until it's over, that you're as young as you choose to be, and that the only limitations or restrictions that exist are the ones we create in our own minds. 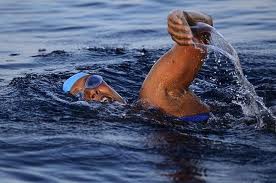 You never are too old chase your dreams

What a beautiful and eloquent statement!  And one has only to look at the life of the woman who uttered these words for confirmation.  Diana began swimming seriously in the seventh grade.  Under the supervision and coaching of the legendary Jack Nelson she won three Florida state championship titles while in high school in the 100 and 200 meter events.  During her preparations for the 1968 Olympics, she suffered a heart infection, endocarditis, leaving her bed-ridden for three months and ultimately robbing her of precious speed upon returning to the pool. 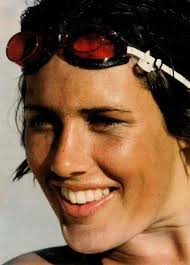 It was at this time in her life that she shifted her efforts to marathon swimming - covering long distances in the water where performance was as much a mental battle as a physical one.  Under the tutelage of Buck Dawson, director of the Florida International Swimming Hall of Fame, Diana began competing in and winning long-distance events, setting multiple world records and distinguishing herself for her ability to dissociate during her swims - a coping mechanism used to mentally overcome fatigue, stress, and exhaustion.  She is the author of several books, an inductee in the International Women Sports Hall of Fame, a celebrated journalist and a motivational speaker (and she once ranked 30th in the world among women squash players).  All this, and yet something was missing...

Thirty-five years ago Diana set out to swim from Cuba to Florida.  At 29, she was an accomplished marathon swimmer, having set numerous records for similar feats, but her dream was to be the first to successfully navigate the waters between Havana and the Keys.  And in four consecutive attempts she failed.  There were substantial obstacles - jellyfish stings to her body, face, and lips; an uncooperative Gulf stream current; life-threatening lightning storms - not to mention the physical and mental challenges of swimming without the security of a shark cage in the open ocean with waves, currents, darkness, cold and salt water all in opposition of her goal.  Four times she tried - and four times she failed.

None of these obstacles or setbacks, however, prevented her from pursuing her dream.  She took all the doubters and people concerned with her age and simply beat them back with the power of conviction and the strength of pure will.  At 64, everything fell into place - the combination of her preparation, her years of swimming, and past experience swimming long distances.  She accomplished her dream, and has already set her sights on new challenges with long-distance swimming, now to raise awareness and money for people in need.  She's living her dream - because you're never too old...

The journey of life is challenging.  Like Diana's navigation of the waters, we face numerous obstacles, both seen and unseen.  There will always be setbacks, but the beauty of life is we don't have to face them alone.  Diana had a small army helping with her preparations for a record-breaking journey across the sea.  Divers, boaters, kayakers, medical personnel, close friends - all working in harmony to help her accomplish her goal. 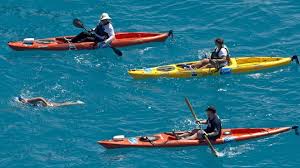 Isn't it the same in life?  Think of the people around you - the close friends, family members, colleagues.  There's never a reason to go it alone.  There's always an opportunity to extend a hand, to ask for help, to seek encouragement and find it in the words or actions of another.  Diana's story is a wonderful illustration of the power and importance of cultivating the right friendships, of strengthening the relations of family, and of never meeting a stranger.  No matter your ambitions, your pursuits, your dreams - there will always be someone else with similar interests and there will always be someone willing to help you accomplish your goals.

Keep dreaming, readers.  Congratulations, Diana, for the wonderful example you set for all of us that it's never too late and there's no such thing as "too old" or "past your prime" or "over the hill".  If you're any indication, I've got a solid twenty or so years before things get truly interesting... 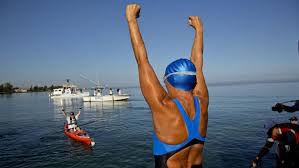 Posted by Russell Weaver at 7:44 PM