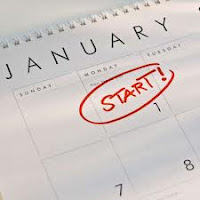 Happy New Year!  For several years now I've honored the tradition of spending at least part of the winter holiday in the warmth and comfort of the Caribbean.  This year was no exception as I recently returned from a scuba holiday in the Bahamas.  Imagine eight glorious days spent sailing around the Exuma Cays, twenty-two dives (including a midnight dive on New Year's Eve to ring in 2013), great food, warm weather, salty sea air, and an endless supply of Jack Reacher novels (I'm considering a "bromance" with Lee Child).  And I returned from my trip a Master Scuba Diver - a firm and fixed goal I had set earlier in the year that I was strongly committed to accomplishing.

That general concept of goal-setting each year is what I had hoped to reflect upon here.  That time-honored January tradition of the New Year's resolution.  Perhaps a few minutes on the history and then some perspective?  Let's dance...

Celebrating the reset of the annual calendar and, with it, the concept of resolutions finds its recorded origins dating back to around 2000 B.C.  Babylonians held festivals and marked the beginnings of each new year by promising their gods to pay off debtors and return any borrowed items to their lenders.  Similarly, the Romans began each year by making promises to their god, Janus (where January got it's name), whose two faces symbolized beginnings and endings.

Specifically in American history, about 25% of American adults established New Year's resolutions at the end of the Great Depression.  Compare that number with approximately 40% of Americans who made resolutions during Y2K.  A University of Scranton study published this past year indicated 45% of Americans usually make New Year resolutions.  I can only hope that number will continue to rise each year as we (openly or privately) find a few moments during the season to reflect on ourselves, areas for growth or improvement, and opportunities to transform individual weaknesses into strengths. 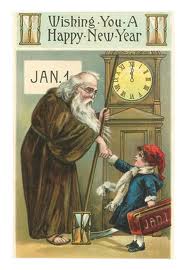 And how do we fare in actually achieving our annual goals?  We stink at it, unfortunately.  A 2007 University of Bristol study found that 88% of those who established resolutions failed, often within the first two months.  The 2012 University of Scranton study (mentioned above) indicated that only 8% of those surveyed reported achieving their resolutions from previous years.  There's tremendous opportunity and room for improvement, I guess.

Let us not be deterred, however, in the pursuit of this most noble of exercises and fond traditions.  Whether you're aspiring to live life more fully, be more thrifty with your finances, become more organized, achieve new levels of fitness or overall health, kick an unhealthy or unwelcome habit (smoking, unnecessary ranting, etc.), or be a more active contributor to helping the less fortunate - the annual tradition of establishing resolutions is an excellent exercise in self-reflection, self-improvement, and self-awareness.  It allows us to establish personal order in our lives, to retake some measure of control from the external demands of work, civic responsibilities, social media, mind-numbing television, and other pulls for our time and attention.

I have an older brother, an Air Force pilot who's been a role model, the family story-teller, and personal source of admiration for years.  Rob epitomizes what an older brother can and should be to a younger brother, but one of the traits he possesses that I most respect is his commitment to self-improvement on his own terms.  Rob is a big proponent of goals.  One of the traditions he started recently (several years ago) is writing a letter to himself in the third person at the start of each year.  In it, he reflects back on the previous year, what he was able to accomplish in terms of his annual resolutions, where he fell short and why, and some reflective observation about how and why he went astray.  He then uses the second half of the letter to establish his resolutions for the upcoming year.  What's more, he approaches this by first establishing some key themes - general concepts that he feels are important (e.g., get healthier) and then adding a series of specific daily, weekly or sometimes monthly action items that allow him to measure his progress against the larger resolutions (e.g., exercise 30 minutes daily, run 5 miles each week, etc.).

What's also great about the letters is he keeps them in his journal and reviews them throughout the year for an occasional reminder or to share with those close in his life to rally their support and participation in helping him achieve his annual ambitions.  I think it's a novel approach, not one I had heard before, and I admire his discipline and resolve to measuring his progress in pursuit of being a better man.

Good luck with your goals and resolutions in the New Year.  No matter your approach or tradition, may you find success on your journey to health, wealth, friendship, service, and charity in 2013.  Until next time! 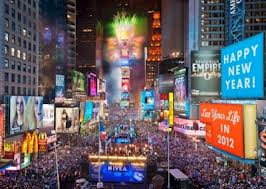 Posted by Russell Weaver at 7:10 PM